On Doing Something Brave 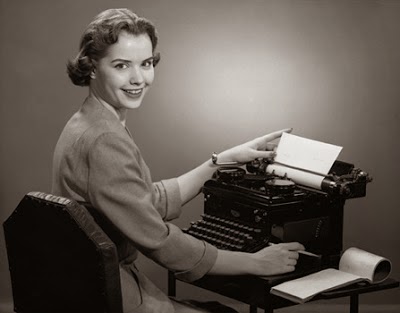 I did something brave yesterday and I want to write about it.

My senior year of college I was violently sexually assaulted. It was a traumatic event that knocked my life off course for the next several years. It was so traumatic at least partly because I became homeless immediately after the assault, and because people who I had thought would help me let me down. These betrayals were worse than the assault itself.

Immediately after the assault I threw on a shirt, a pair of jeans, and sneakers. That's all I was wearing – no underwear or socks. I wasn't carrying anything. I cadged coins and entered a payphone in a strip mall. Whenever I pass that strip mall now, I feel the fear and desperation I felt that night. Even just being out, alone, at night, lit by neon, was terrifying. I was (and am) a daytime person and a homebody.

I phoned one of my professors. She said something I remember to this day: "I am sorry this happened to you. I would give my eye teeth to have a daughter like you." I was so grateful that she said this kind thing to me, the kind of thing that I was not at all accustomed to hearing and that I had no reason to expect to hear, that I didn't mind that she had no concrete help to offer. I think her problem was that she was chronically ill and her husband was cranky and she couldn't take me in for the night but she wished me well.

There was a small, quiet girl who sat next to me in one of my education classes – I was training to be a teacher. This girl had tightly waved dirty blonde hair that clung close to her head. She wore thick fabrics in beigey colors and boxy designs, and eyeglasses. I don't remember her ever speaking in class.

I'm not very good with names, she and I did not keep in touch, and I have tried to forget these events, rather than remember them. So I can't be certain, but I think her first name was Nancy. I am sure her last name was Gallo.

Most people think of "Gallo" as an Italian surname, but it is also Slovak, and I am Slovak, and I have relatives named Gallo. That's what prompted Nancy and I to first converse with each other – I was interested in her last name. Otherwise, Nancy is the kind of person everyone would be tempted to overlook.

She never hesitated. She and a friend drove to pick me up. I slept on Nancy's floor that night, actually under her bed because her room was so crowded, and for the rest of the fall semester.

Nancy already had a roommate. She was also small, blonde, and a physical education major. This roommate was one of those uncomplicated sports-oriented gals. "Oh, there's another body in our tiny dorm room? Great, fine, no problem." But if you tried to body check her during a hockey game, she'd go nuclear.

Nancy had two other suitemates, who shared the room next door. They were big, broad, brassy, like expensive cars. They were mean but knew it would be uncool to complain about a fellow female who had survived sexual assault. They resented my presence and let that resentment show in little ways. There were unkind notes left on the refrigerator door about who was eating whose eggs. I remember one night they entered the room where I was sleeping and had group sex on the floor. It just felt anthropologically exotic to me.

The thing is, though, these four women – nice Nancy, her sporty roommate, the hot, bitchy suitemates – saved my ass. They were violating their rental agreement by letting me stay, and lying through their teeth to anyone who asked, saying that I wasn't really there, when I plainly was.

God bless you, Nancy Gallo, if that was your name, wherever you are.

By spring semester I had enough money saved up from my nurse's aide job to get my own room, with Lisa Fanciullo, my very first official roommate. The view out my window included the World Trade Center.

I was never able, that year, to scrape up enough cash at my nurse's aide job to pay tuition, pay rent, AND buy food. Food was always the last item on my list of priorities.

Enter a guy named Orpheus. His real name was John Ellis. He was thin and ragged and he read a lot, though he was several years past college age. He stepped out of nowhere and began to show me the ropes. He taught me how to wait around in food courts and finish food that people left on their trays. We also foraged for mushrooms.

I told him that I felt sad that I didn't have access to a TV because Pope John Paul II would be visiting the US and I wanted to watch the coverage, and because I missed smelly Bohunk home cooking – the food court gambit netted a lot of pizza, but no glumpkis. Orpheus showed up with a TV under one arm and a cabbage under the other. Wherever and however he had acquired either, I don't think a cash exchange was involved.

I hungered for guidance.

I went to Father Lou Scurti, who ran the campus' Catholic Center. He responded by giving me a paper bag containing several boxes of uncooked spaghetti. Obviously he meant well but this offering was inadequate.

I phoned one of my professors, Virginia Mollenkott, a gay rights activist. I very much admired that she was a woman and smart and that she had mastered a command of English poetry. She radiated the air of authority and independence that I craved to exercise. When discussing James Joyce, who wasn't even on the reading list for our class, she talked about how Catholic priests are just a bunch of power hungry phonies who want to feel that they can transubstantiate bread into Jesus' flesh. Pretty much all of the students in that class were, unlike Prof. Mollenkott, blue collar Catholics whose last names ended with vowels. We were working class kids, not used to defying WASP authority, and we remained silent and shamed.

I phoned Prof. Mollenkott. It was almost like an English class lecture, but on the wrong topic. I remember word confetti and that feeling I had in the course of the conversation that she was saying a lot of stuff, and that absolutely none of it had anything to do with being 21 years old, and a survivor of a recent assault, and having lost everything you thought you owned and any sense of security you had. There was an awkward goodbye.

I phoned a crisis hotline for a battered women's shelter. I can see myself standing next to the wall telephone in the crowded dorm room. I had waited till everyone was out. I had the room and the phone all to myself and I could finally tell someone everything that happened.

The ultra-feminist voice at the other end of the phone line hammered me. She sounded like the snotty girl in English class. "You don't sound traumatized. Look, I've been doing this gig for a month now. I can recognize the voice of a traumatized person. This is probably just another crank call, right?"

I wasn't traumatized enough, and she could tell from my calm, rational, dignified voice.

You know, if I could, I would slap that bitch silly right now.

The next betrayal was worse than the assault itself. I phoned a sibling. Someone I loved. Slept with, baked with, hiked with, laughed with. Explained. Asked for help getting some of my clothes and other belongings. Sibling sounded strangely cold on the phone. Hung up quickly and abruptly. Sibling met me in the spot we'd agreed on, at the time we'd agreed to meet – in front of the Science building on campus. I was feeling hopeful for the first time since it happened.

Sibling marched up to me with a look of complete hate, said "Fuck you and drop dead," and marched away. This sibling would later throw away every piece of writing I did for over the first twenty years of my life. Stories, poems, operas, some of it really good. All gone forever because one person's momentary whim to destroy.

My brother Mike got married that year, to Maureen Skidmore – at least I think that was her name. As far as I know, Mike never made any attempt to discover where his sister had gone, and why she was not at the wedding of the older brother who used to carry her on his shoulders because they were traveling over broken glass and she had no shoes. Mike died a few years later so I can't ask him.

I think what the people I'm related to wanted me to do was just take it, shut up about it, and not inconvenience anyone else. My running out into the night made it obvious that something bad had happened, and so I was the problem, the one who needed to be erased.

My first job after graduation was as a Peace Corps teacher in a remote country in Africa. After that, Asia, after that, Poland. California and lots of writing sprinkled in between. People often say that they envy me my twenties, when all I did was travel and write and teach. That envy, like all envy, I suspect, is misplaced. I was moving so fast to get away from that night, and the subsequent betrayals. I was uninterested in committing to anything because I had learned that I was invisible and worthless and no one would have me, anyway, and everything can be taken away from you in seconds. And no matter how hard you fight, you lose.

But this isn't the brave thing I did yesterday.

Over twenty years ago, I wrote a memoir about that night. The memoir is titled "Hard Currency." The point of that title is that I learned that I am worthless, that I have no currency to exchange for stable and safe housing and a place in society.

I sent the memoir out shortly after I wrote it. The editor who read it sent it back to me, with derogatory commentary. The editor said, basically, that my writing sucks and is not fit for publication.

I felt very ashamed when I read the editor's letter.

Please understand this. I didn't feel ashamed because I was sexually assaulted. That was not the big deal. The big, shameful thing was that my writing sucks. My writing sucks, and I had been stupid enough to show it to someone.

In the years since I have sent out a lot of writing, and gotten back many rejections. I'm used to it, now.

But I've never been able to return to "Hard Currency." Never been able to get through rereading it. It has hibernated in the various floppy discs, hard drives, and thumb drives I've had for the past twenty years, unread.

Yesterday, I felt brave enough to reread it. After I read it, I needed to put my head down for a while, and take several deep breaths.

And then I sent it out, to two, small, literary journals.