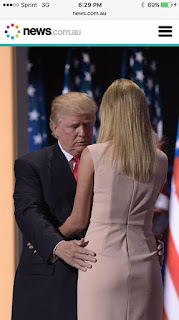 Spousification is when a parent turns to a child to provide the relationship a spouse normally does.

It often occurs when the mother ages and loses her youthful attractiveness, and her daughter, in puberty, begins to look like a younger version of the mother the father was initially attracted to. He is no longer attracted to his menopausal or merely aging wife, but his pubescent daughter offers a version of the wife in a pristine and perky, youthful package.

Spousification often occurs when the parents no longer love each other. I heard a lot about it in Twelve Step meetings. One parent would be lost to alcoholism, and often the oldest child would step up and take on the role of the emotionally missing parent.

Children being used in this way often don't object to it. They feel special and honored. The most powerful and important person in their world is paying special attention to them.

I had a long talk with a woman who was spousified by her father. He lost interest in her mother as the mother aged, and when this daughter entered puberty, he began to flirt with and flatter his daughter. He treated her as if she were his date.

This gave her an exaggerated sense of self-confidence. She felt she really was this very special girl. An adult man treated her like his equal.

She acknowledged to me that she liked all of this while it was happening, but at this point in her life -- she was in her late twenties and beginning her career -- I think she had broken with and begun to despise both of her parents. Her parents violated norms. Her father did it, and her mother let it happen.

She never revealed this to her parents.

Some girls who are spousified acknowledge that they know that their fathers abandoned their mothers because the mothers aged, and these girls acknowledge placing physical beauty in a woman as the highest ideal. They use beauty products and diet obsessively, and dread those first gray hairs.

It can happen to males, too. A father becomes an alcoholic or divorces the mother, and the oldest son becomes the mother's substitute "spouse."

A male I know who was spousified by his mother developed a lifelong rage against being placed in that role -- the husband and father of his younger siblings, when he himself was only a child and needed real parents.

This is not actual incest, which is something else. It's emotional and social, not sexual.

I have no idea if Trump spousifies Ivanka. I do know that the photos I have seen of them together provide food for thought. 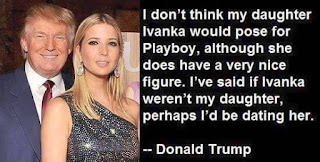 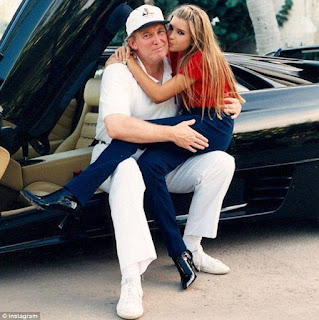 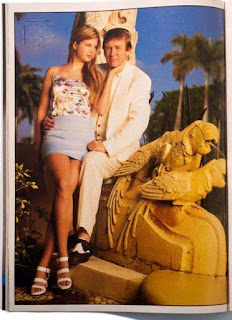