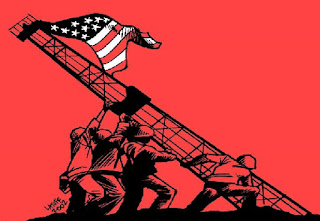 Hillary Clinton, Benghazi, and my vote in November, 2016

Same say: "Benghazi. How can you vote for Hillary?"

Benghazi was a horrible event. I do hold it against Hillary. I think bad decision-making was behind that event. I do think she lied. I wish I didn't have to vote for Hillary, but Trump supporters made that inevitable. I don't have the luxury of voting for Ted Cruz.

But there's more to it than that.

Those who insist that Hillary is terminally damned as a politician because of Benghazi are hypocritical. They do not apply the same standard to other politicians. Their selective outrage renders their rhetoric on this matter unworthy of respect.

The factors behind Benghazi include the following:

1.) A refusal on the part of American citizenry, politicians, and culture to confront the nature of Islam, and the nature of jihad.

2.) An insistence on inventing and attempting to inhabit counter-narrative fairy tales, such as "If we liberate Iraq the Iraqis will be so grateful they will throw candy and flowers at us," Or, "If we build schools in Afghanistan the girls will get an education." Or, "If we support the Arab Spring the Muslim world will be just like the West." Or, "If we give Pakistan billions of dollars they will be our loyal allies."

3.) Westerners playing chess with Muslim dictators in an attempt to protect sources of petroleum. We overthrew Gaddafi partly because Europe wanted Libya's petroleum.

All these factors apply to every American politician today.

Benghazi isn't about Hillary. It's about *every American.* Our entire culture is complicit in this false narrative of juggling dictators, hearing, speaking, and seeing no jihad, telling ourselves fairy tales and sacrificing lives, American lives and Muslim lives, for petroleum.

The very people who excoriate Hillary for Benghazi hold up Ronald Reagan as a plaster saint. The very people who say Hillary must never be elected because of Benghazi want you to forget the hundreds of US Marines and others murdered by jihadis in Beirut, Lebanon in 1983 – Reagan sent the Marines there against the advice of US Defense Secretary Casper Weinberger.

The very people who excoriate Hillary for Benghazi somehow never mention the 4,500 American soldiers KIA in Iraq, or the 32,000 wounded.

Yes Chris Stevens' life matters but those tens of thousands of American lives matter too, dammit. I don't know how many Iraqis died, but estimates start at over a hundred thousand. Iraq has been at war ever since and people are still dying.

Somehow those deaths don't matter because the Iraq War was started by George Bush, a Republican man, not a Democrat woman.

We all need to decide to pull the blankets from our eyes and recognize that we are in a civilizational war, petroleum is the key weapon in that war, and we need to develop energy independence in order to win the war.

No more fairy tales about Arab Springs or Exporting Democracy or "friendly" nations like Pakistan, that sheltered Osama bin Laden, or Saudi Arabia, that funded him and his killers.

Virtually every politician in the US is operating under the same Standard Operating Procedure that resulted in Benghazi, and that will result in many more Benghazis until Americans wake up. Those who single out Hillary Clinton for criticism willfully ignore every other politician who is just as guilty. It's nonsense. The guilty include college professors who peddle myths about jihad, and the parents who send their kids to these schools and never ask about what is taught. The guilty include priests and rabbis and journalists. Hillary alone is guilty for operating under a false narrative when it comes to petroleum and jihad? Give me a break.

Donald Trump is no better than Hillary Clinton on this matter. If he does what he promised to do, he will be much worse.

Trump beats his chest and declares, in a bellicose, get-the-yahoos-foaming screech, that he will "bomb the shit out of them."

We have bombed the shit out of them. A 2013 study estimated that the Afghanistan and Iraq wars would eventually cost the US six trillion dollars. That's a lot of bombs and American blood. Muammar al-Gaddafi, Saddam Hussein, Osama bin Laden and Mullah Omar are all dead. Jihad still menaces.

Trump said, "I would just bomb those suckers. And that's right, I'd blow up the pipes. I'd blow up the refineries. I'd blow up every single inch. There would be nothing left, and you know what, you'll get Exxon to come in there, and in two months, you ever see these guys how good they are, the great oil companies? They'll rebuild that sucker brand new. It will be beautiful. And I'd ring it, and I'll take the oil. And I said I'll take the oil." Is Trump running for president or the latest Marvel Comics superhero?

Note these three words: "I'd ring it." Trump's magic ring would consist of American troops stationed on the ground in the Middle East, between Iran and Saudi Arabia. Trump says that he will take the oil. In fact, in this scenario, it would require massive American troop presence to take the oil. Trump's answer to the question of American energy independence is blood for oil. How many American soldiers would die to make Trump's id-fueled fantasy of omnipotent revenge real? Which Trump supporter will be first to volunteer?

Hating on Hillary because of Benghazi is hypocritical. We have known for decades that our greed for petroleum equals the deaths of American soldiers and other personnel overseas, and civilians here at home. Our response is to buy bigger and bigger SUVs, and to mock wind, solar, and other energy sources as somehow effete, flakey, un-American. Only for "environmentalist wackos."

Yes, Hillary has blood on her hands because of Benghazi, and so do we.

If I do vote for Hillary, I will feel okay about my vote, because, unlike Trump, Hillary is a politician, and she wants to succeed the way that politicians succeed. She wants to do what her constituency will reward her for doing.


Any real confrontation with wars-for-oil, jihad and energy independence must come from the grassroots. No national figure has the courage or the foresight to address this issue. If we, the people, put pressure on Hillary to do the right thing, we can sway her. We can't sway Trump. He is a delusional, thin-skinned egomaniac who puts us all at risk.
Posted by D Goska at 6:28 AM