I was recently part of a Facebook ambush re: hunting.

Below are a couple of the posts in which I try to say what I want to say about this topic.

Every now and then someone posts a photograph of a safari hunt. A smiling hunter holds a gun in one hand and a dead wild animal in another hand.

I lived in Africa. Most Africans don't care about preserving wildlife and are not able to do so. Most Africans are very poor and are focused on survival.

To them, wild animals are food. They are bushmeat. Bushmeat is a horrible business. Animals suffer. There's nothing ethical about how animals are killed for bushmeat. And bushmeat also contributed to AIDS and to Ebola. Google it.

If wild animals are not food or a menace to your family, they are eating your crops. Monkeys, birds, buffalo, all want to eat your crops.

So, if you are an African, you do not want to preserve wild animals. You want to eradicate them.

Big game hunters pay -- literally -- hundreds of thousands of dollars for the chance to hunt one animal.

In Africa, hundreds of thousands of dollars is a lot of money. Africans see an incentive to save wildlife. And they do. Thanks to the big game hunters Facebook bullies demonize.

Spreading photos of big game hunters smiling with their kills on Facebook and urging your friends to post mean comments is a really anti-wildlife thing to do. It's ignorant and petty and while it may make you look superior or virtuous to your friends, that doesn't change that it is an anti-animal thing to do.

Just about all the men in my family, of my generation and older, hunted. My brothers all hunted, trapped, and fished. My uncles and cousins as well.

My relatives in Slovakia hunted and had themselves photographed with their kills.

Ethical, responsible hunting is part of that. On great stretches of the planet, no hunters = no wildlife.

***
Later, I posted the backstory.
***
There's a backstory to my post about hunting.

This post tells the backstory. It's messy and human and has nothing to do with hunting. It's about people. How people use hate. Why people get mad at you and unfriend you.

She said that humans "are not supposed to" hunt. She said that hunters "don't give a crap about animals or nature." She said "these people actually get satisfaction from murdering."

These are all quotes from her posts. I could quote more but you get the idea.

Madge's Facebook friends were joining in. Hunters suck! Hunters are disgusting! I hate hunters! We are so much better than hunters! That sort of thing.

I am pro-gun control.

I eat a mostly vegetarian diet.

I make very little money but I regularly donate to the Audubon Society, Sierra Club, World Wildlife Fund, Nature Conservancy, National Wildlife, the Humane Society of North America, and the ASPCA. I make provision for them in my will.

I spend every minute I have to spare outdoors, hiking, birdwatching, etc. I can identify almost all the trees, flowers, birds, and mammals I pass. I worked with animals – I was a zookeeper in the Bronx Zoo.

So I'm going to agree with Madge, right?

Or at least I'm going to scroll past her post and not say anything.

And I said something not primarily because of hunters or hunting.

I said something because Madge's posts, and her friends' posts, were all about demonizing one group of people.

THEY ARE BAD. WE ARE GOOD.

I know it's not socially acceptable to react. I know it's just asking for trouble. I know I should just keep my mouth shut.

It could be Mormons, as it was the other day. A friend posted a post using a *fake news article* to mock Mormons.

I'm not a Mormon. But it really bugs me when people monger hatred against another group of people.

Madge is, I think, at least from her posts, a white girl attending an Ivy League university.

And she was urging hatred for people who kill and eat their own dinner.

So, yeah, I spoke up. Rationally. Politely.

I pointed out that my relatives in Slovakia are all hunters, and that they do, indeed, take photographs of themselves with their kills, and that they are excellent human beings.

Here's Madge's final post to me: "omg im not having this convo i never spoke with anyone who was this ignorant its very sad"

And then she unfriended and blocked me.

I could have kept scrolling and not said anything.

I'm going to say something.

And if you don't like that … unfriend me. Block me. And go live in your world where you are superior, and the rest of us are no good.

Madge was – what is the new term – virtue signaling. She was quite literally announcing to the world that she is superior and that this other group of people she had chosen to hate and demonize are inferior.

There's nothing wrong with virtue signaling. I do it. I want people to think I am an okay person. Oddly enough, sometimes I post about what a bitch I have been and yet people interpret the post to mean that I am a good person. I don't really understand that, but that's how communication works sometimes.

No. People don't get mad at you on Facebook or in real life because you disagree with them.

People get mad at you on Facebook or in real life because you have introduced a fact or facts that undermine their use of speech to announce their own virtue.

And I generally don't do that except when people use demonization of other people as a way to virtue signal.

That Madge wants to be thought Lady Bountiful Who Alone Loves Animals is not a problem for me.

That she demonized an entire class of people is something I spoke up against. 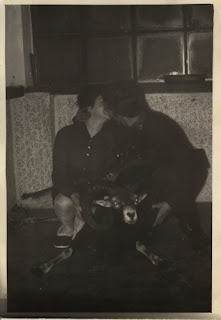 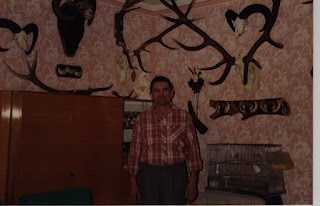