Praying for a Miracle for My Sister. The Monkey's Paw 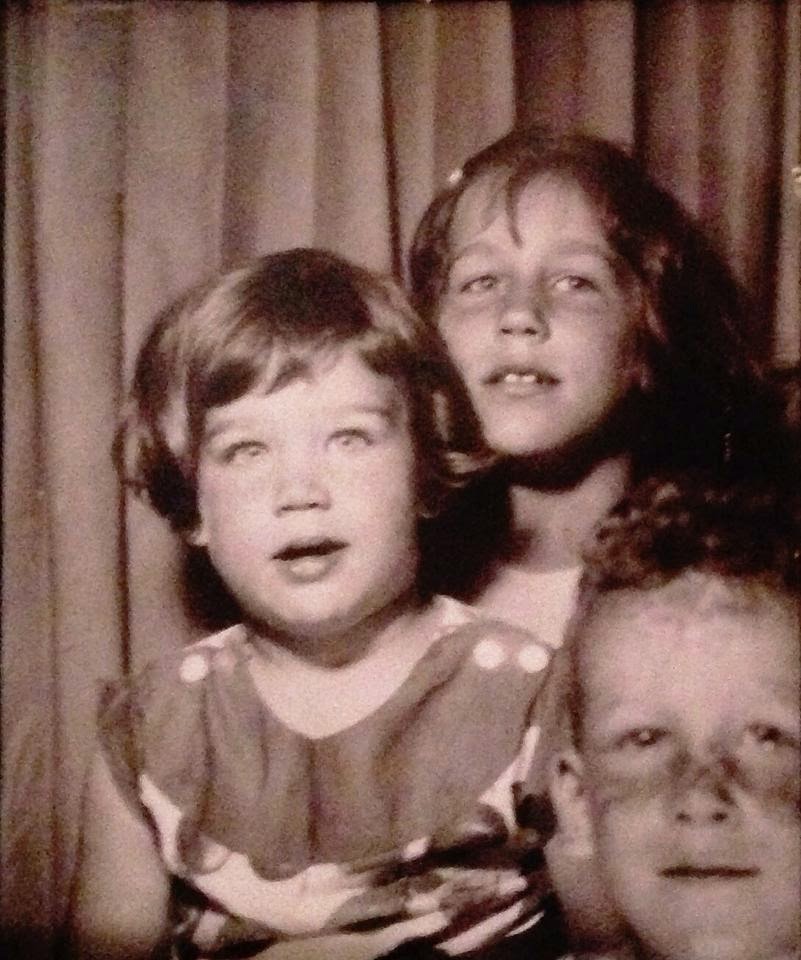 My mother was a peasant immigrant from Slovakia. She was pregnant nine times. I'm number nine. She lost three babies to miscarriages. In America, the streets were paved with houses inhabited by rich people who needed cleaning women. That's why they brought over Slovak peasants like my mother.

My mother often worked two full-time, minimum-wage, manual-labor jobs when I was a kid. Try explaining the welfare state to any Bohunk immigrant of that generation. Feh. Their strength and endurance are legendary. Strong like bull.

I had five older siblings, four brothers and one sister. I was dyslexic and much more aural than visual. I absorbed everything I heard like a sponge. All my siblings, whether they knew it or not, where my teachers. I could fill a fat volume with what I learned from my sister, from how to kiss, and why I had to overcome my disgust at doing so, to life's big questions.

I pass the house now and wonder, how did we all fit in it? All my brothers are over six feet tall, muscular and larger than life. My sister and I are both tall, big-boned women.

The house is tiny. One bathroom for eight people. ONE BATHROOM!!! No extra sink or anything. I housesit for a married couple and their bichon frise. They have five bathrooms – that I've found. There may be one I haven't stumbled across yet.

I could stand in the middle of our kitchen / dining room / laundry room and practically touch the walls with my fingertips, it was that small. And yet we all fit in there, with laundry hanging over head, and Tramp under the table.

One night in that kitchen my sister told the story of the Monkey's Paw. This was decades ago. TV was still black and white, at least ours was. There was no such thing as pressing one for Spanish. The Vietnam War seemed as endless as it seemed pointless. UFOs had recently been sighted over the Wanaque Reservoir. I didn't realize it at the time but that was all part of Cold War mania. This was decades ago.

Antoinette was very verbal, and a good writer. Nobody thought I'd ever write anything. Nobody ever thought I'd learn to read. Nobody thought much of me at all. In a way invisibility was my superpower. Everybody said everything in front of me. I memorized it all.

And so one night Antoinette told the story of the Monkey's Paw.

Mr. White receives a magical monkey's paw from India. White is told that it can grant three wishes, and its previous owner used his final wish to wish for death. In spite of that dire omen, White makes a wish – money for the final payment on his house.

White's son Herbert is killed in a machinery accident. White receives the mortgage money in the form of a death payment on his son.

Mrs. White wishes her son would come back to life. There is a knock at the door. Mr. White realizes that his son, returned to life, would be hideously mutilated from the machinery accident. White uses his third and final wish to wish his own son dead again. He answers the door – and there is no one there.

I remember that story. I remember that dark, dark night in the small, crowded kitchen, fringed by our hanging long johns and nightgowns, drying on the line stretching from hallway to exhaust fan.

I remember my sister Antoinette's supreme elegance, her worldly wisdom, her knowledge of life's twists and turns of which I could only dream. I remember being in awe of her.

I vividly "remember" Herbert, his twisted and blood-spattered body waiting just outside the kitchen door.

I remember a sense that that story had smudged the opalescent surface of life's bubble for me, and that nothing that would ever occur could ever remove that smudge.

I've been asking you since May, 2013, to pray for a miracle for my sister.

I'm going to reveal a secret. This entire time, I've been "hearing" loud and clear that that miracle would not be forthcoming.

And I would say, that may just be my own negativity. God can do anything.

And I would remember that night in the kitchen, and my sister telling the story of the Monkey's Paw.

Maybe some things do have to happen.

I got an email this afternoon that informed me that it won't be long now.

I am more sad than I can say.


Please pray that when the time comes my sister experiences much peace, and no pain.
Posted by D Goska at 1:42 PM