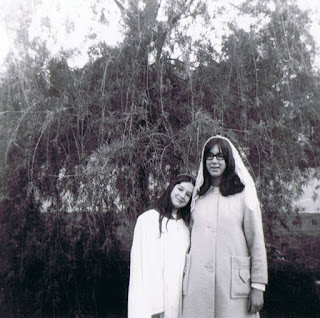 That feels so weird to say. There was something very now about that phone call from your daughter.

I had just gotten in from school. I was unpacking my bags. I saw that your daughter was calling me. And I knew.

This is what happens to people like me -- and you -- who never use the phone. The only time it rings is to toll the bell of mortality. And so we both came to fear and hate the phone more and more.

Anyway, that moment felt very now. To say that it occurred years ago feels wrong. This moment I am living right now, in the aftermath of so much destruction, feels part of some ancient and irredeemable past.

Both of our birthdays fall on minor autumn holidays. Your birthday is the first full day of fall.

And so I cannot help but think of you.

You were a bad sister, I know I was nothing to you, and I miss you more than I can say. I no longer cry every day. Every third day. People are not loved in direct relation either to how worthy they are to receive love or to how they felt about us.

Your daughter asked me what you would think of Trump. I replied that you were nothing if not a highly intelligent woman.

After someone dies, everyone offers up his one- or two-sentence eulogy. When people were doing that for you, I kept hearing the same adjectives over and over, in this order of frequency:

Good with money, which is just another way of saying smart.

And so, I told your daughter, you would despise Trump and Trump-ismo.

But you were also, as I am, allergic to hypocrisy, full of righteous anger, and a contrarian born on the fringe – born on an ice floe, actually, as we all were, an ice floe, a distant penal colony, a wilderness of honey and wild locusts – and you were on fire with rage against the excesses on the left that paved the way for Trump.

I think you'd probably adopt a "a pox on all their houses" approach and use your investment earnings to buy more land in remote hideaways for when human folly results in the inevitable zombie apocalypse.

I think of these following little shards of our sisterhood. 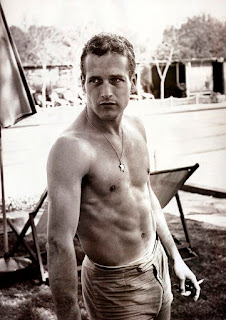 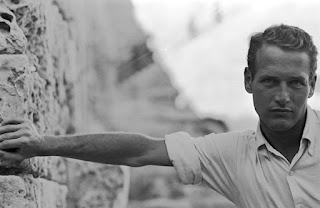 Two Paul Newmans for you. One with shirt; one without. Did you know his mother was Slovak, like ours? Seriously, he looks like he could be one of our brothers. A cross between Mike and Greg. 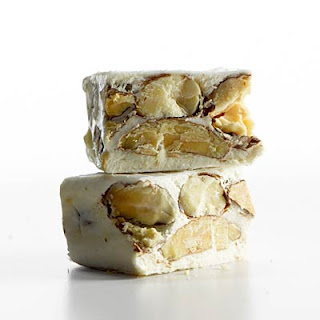 Ferrara Torrone Honey Almond Nougat. I once gave you a pound box for Christmas. You opened it Christmas Eve and it was all gone before midnight mass. And you stayed a skinny beanpole till your first bout with cancer and the drugs they gave you that caused weight gain. It's a wonder you had any teeth. 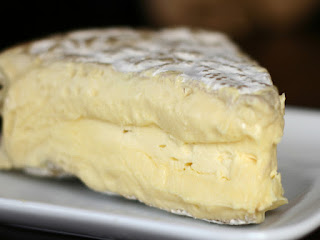 You wanted brie toward the end. I gave you just a small slice and you protested. Someone else might say, "She has limited time; indulge her."

But that's not what you were to me. You were not a limited creature who could go by lesser rules. I wanted to behave with you as if you had forever, and you had to keep your figure. And I knew someone else would give you all the brie you wanted after I left that day. 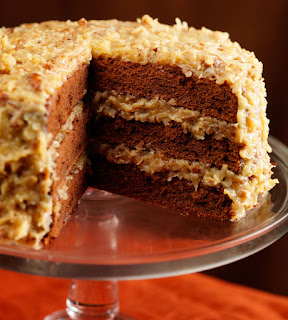 German's chocolate cake, what we used to make for each other's birthdays. We would always have to open the package of German's sweet chocolate in the supermarket in order to read the recipe listing the ingredients we had to buy. We felt so naughty doing that -- opening a product before we had purchased it.

We did save that recipe but it was in a chaotic jumble of saved recipes so when it came time to use it we didn't know where it was. 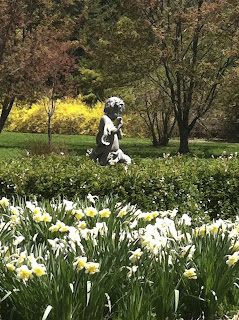 Skylands. The last time we were there was a bit less than a year before you left us. I can still taste the bittersweet flavor of that visit. 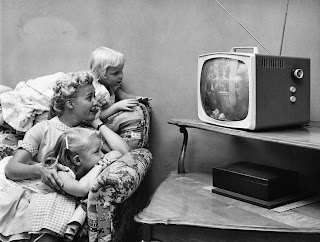 All those Golden Age Hollywood movies watched over and over on a black and white TV until we had them memorized. It was so disappointing to grow up and enter the world and realize that virtually no one appreciates a woman who can trade repartee as well as any Billy Wilder heroine. At least with each other we could be fast-talking dames.

Hillsboro innkeeper: "You're a stranger here, ain'tcha? Would you like a nice, clean place to stay?"

EK Hornbeck (Gene Kelly): "I had a nice, clean place to stay, madame, and I left it to come here."

Oscar Shapely (Roscoe Karns): "You know, there's nothing I like better than to meet a high-class mama that can snap 'em back at ya. 'Cause the colder they are, the hotter they get. That's what I always say. Yes, sir, when a cold mama gets hot, boy, how she sizzles."

Pirate Captain Levasseur (Basil Rathbone): "You know this? It is called the rosary of pain. It is possible to screw a man's eyes out of his head."

Northwest Passage explorer (Walter Brennan): "What have you got in that bag? If it's food, fetch it out!"

You'd gone the previous ten years virtually without talking to me but when Marlon Brando died you called me up as if nothing had ever come between us and "reminisced" about our cinematic acquaintance. "I couldda been a contenda!"

In spite of your phone phobia and mine, and the silence and hatred and hurt, you also phoned me on 9-11. That phone call is actually one of my most vivid memories of that day. I said, "No matter what, I love you."

You said that when the buildings fell, you felt it was your fault, and you had to fix it.

Now, see, who but the six of us would understand that?

Maybe Cousin Greg. I saw him some years back and it was as if the intervening years of not seeing each other had never happened. He mentioned that he misses Phil everyday, which touched me so much.

I told Greg that once I had a visitor at my house, and she was boiling some water for tea, and I had to stifle the urge to yell at her, because she was boiling the water wrong.

Greg understood that completely. Maybe Aunt Phyllis was like Mommy in that respect.

Raise kids with an exaggerated sense of responsibility.

It sounds abusive, and yet, I *like* that about us. The kind of people who never call in sick at work.

You don't have to acquire a passport to experience culture shock. You can do culture shock in your own country. I meet people who have zero sense of responsibility. They could never understand my entire culture, my entire world. They are a different species. 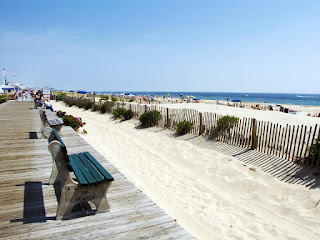 Your beloved Jersey Shore. You would rent shore houses and invite me and always kick me out after a day or two. I'd have to hitchhike back to North Jersey. We were so different.

People who know nothing else about you know that you were a hair twirler. 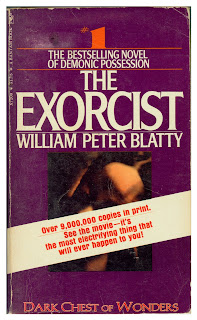 You read The Exorcist while alone in an isolated cabin. You loved it. You went to see the film and laughed all the way through it. You were actually possessed by Satan, weren't you? No other way to explain some things you did. I never read the book and had to leave the theater after about ten minutes. 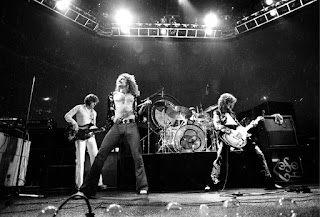 I'd be next to you in the passenger seat. The key in the ignition, engine starts, and with it loud radio: "It's getting near dawn bum bum bum ba da dum. I'll be with you my love ... till my seas are dried ..."

"Do you know what that means? Do you?"

Of course I didn't know what it means. I was a kid. You explained. I wanted to puke.

I tried, in vain, to introduce you to Eastern European folk music, classical, Sinatra ... anything but the head banging I had to listen to when I drove with you. 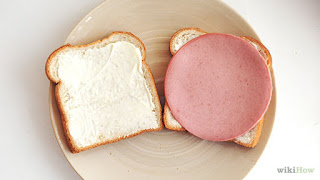 Who do I tell this story to now? 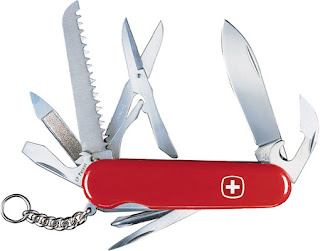 I will never forget -- and neither will you -- that Christmas you finally gave up on giving me feminine-smelling lotions as presents and finally gave me something that I actually wanted -- a Swiss Army Knife. Of course I immediately burst into tears, I was so touched and happy, and of course you made fun of me. 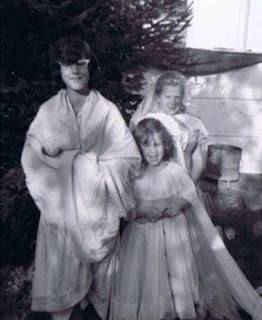 You, tall, me, short, and the precociously beautiful Linda Ackerman, I think, the girl from across the street, standing behind us.

You're only six years old once, and you have only one time to play dress up with an older sister, and you never forget the older sister that fate hands you.