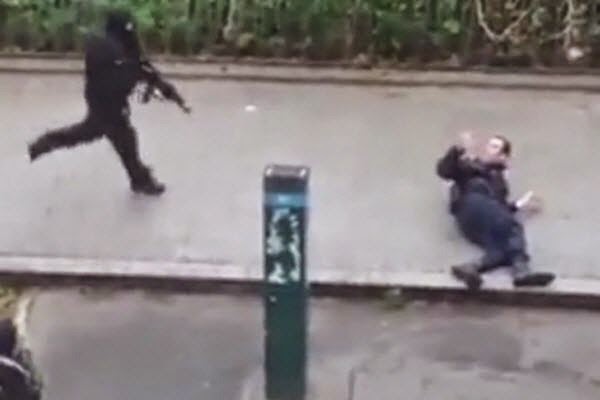 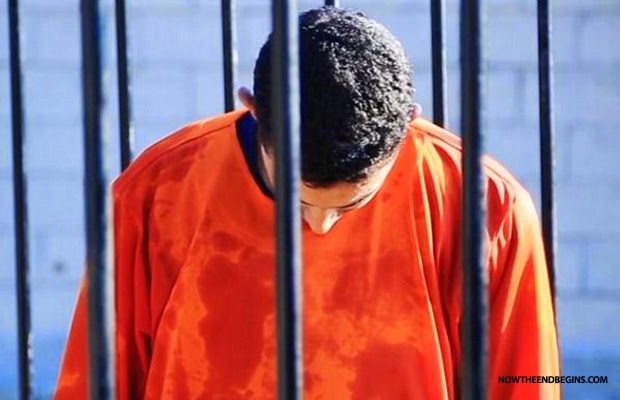 Obama begins with several paragraphs of jokes. There are eleven indications that the audience laughed. He also praises the Dalai Lama.

Obama's "Christians get off your high horse" speech was delivered within two days of ISIS releasing a video of a Jordanian pilot, Moaz al-Kassasbeh, being burned alive in real time.

Obama's "Christians get off your high horse" speech was delivered within a month of the Charlie Hebdo shooting.

Obama does not see the Charlie Hebdo shooting or the torture snuff video as problems. The bulk of his speech is devoted to problematic Christians and Westerners who are arrogant, who are on high horses, who need to be taken down a peg.

I am not a world leader. I was so troubled by the torture video of the burning pilot that I could not make a high profile speech two days later that opened with one joke after another.

Obama uses the word "Islam" twice, and both times it is to defend Islam from any criticism. He quotes a warm and cuddly hadith, "None of you truly believes until he loves for his brother what he loves for himself.”

Obama does not cite the Koran verse that ISIS, which is lead by a man with a PhD in Islamic studies, used to justify the burning of Jordanian pilot Moas al-Kassasbeh. "Indeed, those who disbelieve in Our verses - We will drive them into a Fire. Every time their skins are roasted through We will replace them with other skins so they may taste the punishment. Indeed, Allah is ever Exalted in Might and Wise." Koran 4:56.

It is not the example of prophet Mohammed, the perfect human worthy of emulation, that ISIS cites. Mohammed tortured a Jew, Kenana ibn al-Rabi, to death using fire.

ISIS knows all these verses, hadith, and examples. Obama may know them, too, but he hid them from the American people in his prayer breakfast speech. Obama disguised these truths with a warm and cuddly hadith.

Obama misrepresented people who are threatening to kill Americans, and have killed several, and are currently recruited American Muslim youth. Obama's obfuscation will not lead to America's safety or preparation.

I have never recommended war or even bombing. I recommend peaceful means to defeat jihad. Energy independence and a war of the big truths told publicly and unashamedly.

Obama is actively resisting those big truths in the full text of his prayer breakast speech, not just in the money quote that is making headlines.

Obama's prayer breakfast speech, by ignoring atrocities, by counseling against outrage, by renaming the problem as Western and Christian arrogance and outrage that needs to be tamped down with "humility," actively works against the interests and safety, not only of Americans, but of Kurds, Shiites, Yazidis, and now a Sunni Muslim Jordanian pilot, all victimized in the name of an ideology Obama forbids us from learning about or critiquing.