If I were a true and deep artist and woman, I would look at my scar and write a poem or sculpt something uplifting.

I am a spinster with no man of my own. I'm related to lots of men – brothers, uncles, cousins, nephews – who would, in accord with my family's tradition, not pee on me if I were on fire.

As a manless spinster I use a lot of duct tape. It really does fix everything, and anything duct tape can't fix is not worth salvaging.

So, yes. I look at this mess of a scar and think, not poem or essay, but, rather, "Duct tape."

Now, see, if I were a true artist and woman, I'd do something like the breathtaking poster, above, by Deena Metzger. One of the most stunning, bravest, and most generous images I have ever seen.

Went to the hospital today.

Waited in the waiting room.

Paged through copies of "Cancer Today."

A lovely woman came in with a dog so elegant this dog would put to shame Joan Crawford in an evening gown designed by Adrian.

I reached out to the dog. It was a black Pomeranian. I've never seen a dog with such perfect fur: lush, thick, sleek, shiny. The Pomeranian's name was Neena and she was friendly. She was wearing a little vest that identified her as a service dog.

Her owner told me Neena's story:

"My boyfriend is a long-distance truck driver and he had Sophie, a black Pomeranian who traveled with him on the road. He had her for 18 years. After she died, he couldn't stand the idea of a new dog. 'No one can replace Sophie!'

'Well,' I said to him. 'No one can replace Sophie, but there are so many dogs out there who are lonely and uncared for. We can give a dog a home and some love.'

I found another. She was a survivor of Hurricane Katrina. They sent me a photo. She looked awful in the photo. I showed the photo to my boyfriend. In spite of how bad she looked, he said, 'Her!' So we flew to New Orleans and picked her up and here she is.

But Neena had to go and I went back to waiting. 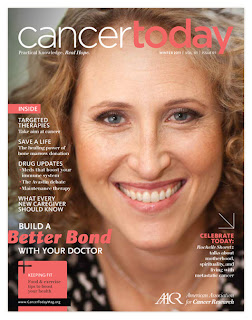 They called my name and I went into the room and undressed. Yet another person I'd never met before and would never see again who would touch my body in intimate ways entered the room. I shook a little; some tears fell. The woman, who had a deeply tanned face, loomed over me with a large pair of tweezers. She yelled. "YOU ARE TENSING UP. THAT WILL MAKE IT WORSE AND IT WILL HURT. *STOP IT.*"

She quickly glanced at my chart, discovered my name and spoke it. "Danusha! Relax! RELAX RELAX RELAX! You are going to make it hurt!"

Now, you might think that having a strange woman with a deeply tanned face looming over me, yelling in an overtly angry way, "RELAX" might tense me up.

But I'm from New Jersey, and this woman was very Jersey. It worked, for me.

I obeyed. I relaxed. I imagined walking off through the fields of bruise-blue rye in Slovakia, my Uncle Jan up ahead. We were walking toward the hills, toward the thickly forested hills, where Uncle Jan's beehives where. We'd tend to the bees and then hike around the mountain and hear cuckoos and the heavy panting of wild boar. He'd give me juniper berries to bite on for their clean taste. We'd fill a basket with mushrooms he unearthed, where I saw only moldering oak leaves on the forest floor, to bring home to Aunt Jolana to put in the soup we'd have for dinner.

"Your scar looks good," the woman who never told me her name or her title said. I knew more about Neena than I knew about this woman.

If my scar looks good, I don't want to see the scars that look bad.

I heard the staples hit a metal tray. She was careful to remove the staples from different parts of the scar so that no one part became irritated. It really didn't hurt. So often the case – people who are good at the technical aspects of medicine lack bedside manner. Those with the smooth bedside manner might not know the right end of a stethoscope.

I was about to venture my duct tape joke when she said, "I'm going to glue you up." And then, "Now I'm applying the tape."

So, yeah, tape. And glue. My latest accessories. But no spit or carpet tacks.

In other news. Check out my book, "Save Send Delete." The Amazon page, with some fabulous reviews, is here. Each time I sell a copy it extends my life – not really. It just feels that way. :-)

***
PS: Multiple blessings on Chris Jaworski for giving me a ride to the hospital today.