Omid Safi and NPR Tell America: Shame On You! 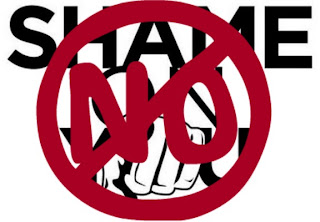 I found the timing of this broadcast questionable.

I just attempted to post the following comments at the NPR site devoted to Omid Safi's lecture to Americans:

Leading with Omid Safi was a profound mistake on the part of NPR. This broadcast was ill timed and even grotesque. It will not help American Muslims. If it will have any impact, it may work to American Muslims' misfortune.
I am Catholic. In Catholicism we emphasize self examination, public confession, and a mending of one's ways. In recent years, the Catholic Church has faced a sex scandal. We Catholics have openly confessed our sins. and we are devoting massive resources to mending our ways. We have repeatedly apologized, and we will continue to do so.
Omid Safi, presenting himself as a representative of American Muslims, offers no such self examination, confession, or an offer to mend ways. Rather, Safi's clever sophistry focuses on implying that the problem is America and Americans. Americans are obsessed with skin color, Safi implies. Indeed, America's great shame has been white supremacy, but America has devoted much blood and treasure to righting that wrong. American soldiers died to free slaves in the Civil War; white Americans stood shoulder to shoulder with Martin Luther King, a man Tamerlan Tsaraev despised and ranted against because he was not a Muslim. For Safi, and NPR, to depict American white supremacy as the major newsworthy problem in this week of eight-year-old Martin Richard's murder is offensive in the extreme.
Omid Safi further denigrates America. Americans beat up Muslims, he alleges. Americans can't differentiate between Arabs and Bangladeshis. Bad, bad Americans! If you could differentiate between Arabs and Bangladeshis, maybe Martin Richard would still be alive! Maybe his mother and sister would not be in the hospital! Maybe his father would not be wrapped in grief! Maybe Jeff Bauman would still have both his legs! Maybe America's most historical. city would not have had to shut down for a week!
Good grief. Have you no decency, sir?
Has NPR lost its mind -- its journalistic ethics completely?

A link to Omid Safi's little lecture is here
Posted by D Goska at 4:09 PM